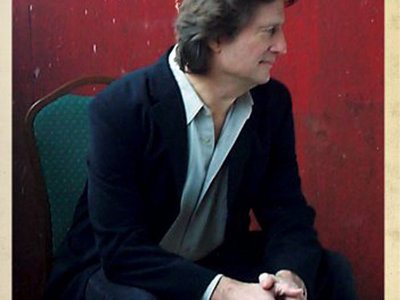 On a late spring evening in 2007, Chris Smither performed two concerts for an intimate audience in Lyme, Connecticut. Footage from these shows plus excerpts from a rare concert Chris performed with a full band at The Somerville Theatre in Boston in 2006 are brought together in this first-ever concert video from Smither. The DVD captures Chris performing in his usual solo style, with feet micd for percussion, from the Lyme concerts, and backed up marvelously by multi-instrumentalist David Goodrich, drummer Mike Piehl, mandolinist Sean Staples, vocalist Anita Suhanin, and bassist Lou Ulrich in Somerville. The concert footage is enhanced with a never-before released personal interview, providing the viewer with additional insight into Chris' performance techniques and influences. The video will be available at all US retail and select online outlets. Honing a synthesis of folk and blues for more than 40 years, Chris Smither is truly an American original. His music draws deeply from blues and American folk music, modern poets and humanist philosophers. A profound songwriter, a blistering guitarist and, as he puts it, a "one-man band to the bone," Chris melds the styles of his two major influences, Lightnin' Hopkins and Mississippi John Hurt, into his own signature guitar sound. Critically acclaimed, Chris tours solo all over the globe, performing 150+ concerts a year. Perhaps known best for having written the songs "Love You Like a Man" and "I Feel the Same" (both recorded by Bonnie Raitt), Chris' music has also been covered by John Mayall, Emmylou Harris, and most recently, jazz great Diana Krall. Reviewers praise his dazzling guitar work, gravelly voice, and sophisticated songwriting.

ships out within 3 days
Purchasable with gift card